Opened in 1963, St Raphael the Archangel was built after Millbrook was made its own parish. It served an area that was formerly part of the parish of St Peter’s, Stalybridge.
Following a succession of well-attended masses celebrated in the canteen of Staley Mill, Millbrook, from 1946, Bishop John Murphy of Shrewsbury took the decision in 1958 to constitute Millbrook as a new parish.
He dedicated it to the St Raphael, one of the three Archangels named in the Bible.
That same year Father James Fraser arrived in Millbrook and began to celebrate masses, hear confessions and perform baptisms from a rented house and later from a wooden parish hall.
On October 14, 1961 Bishop Murphy laid the foundation stone and on April 25, 1963 his successor, Bishop Eric Grasar, solemnly blessed and opened the church building.
The neighbouring presbytery was occupied the following month and the primary school opened in February 1969. However, it closed in July 2011 after a repair bill of an estimated £250,000 could not be met, with several parishioners moving to St Joseph’s in Mossley.
St Raphael’s does hold a small place in Catholic history, however, as it was the place where Canon Anthony Kay – currently Vicar General in the Diocese of Salford and parish priest of St Mary’s in Manchester, known as The Hidden Gem – was ordained.
St Raphael’s was listed by Historic England for several reasons, notably its design and the large stained glass window by Pierre Fourmaintraux.
Source:
http://www.mossleycorrespondent.co.uk/?p=1828
Esoteric Eric 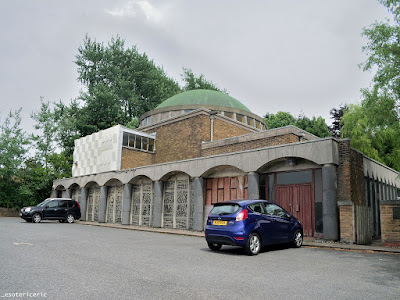 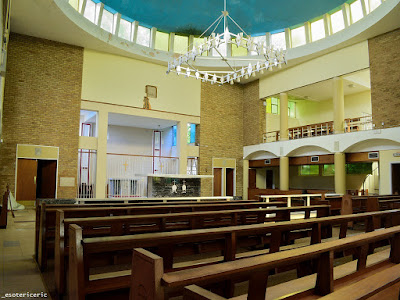 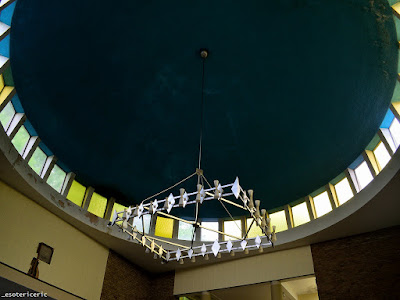 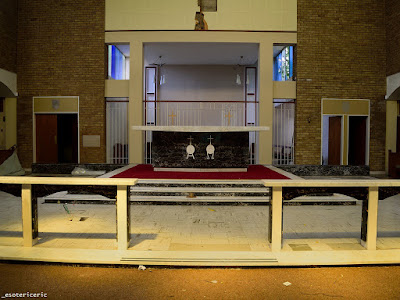 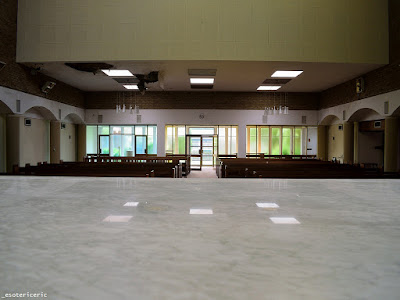 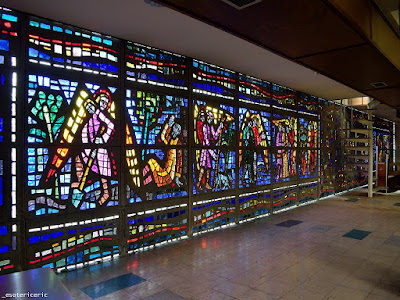 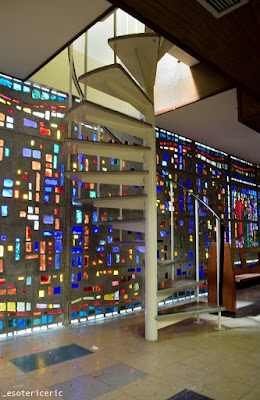 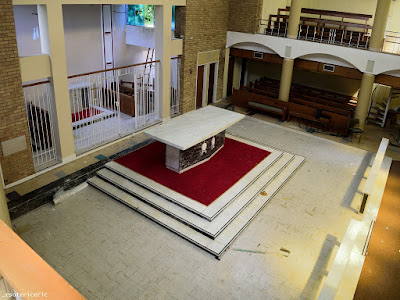 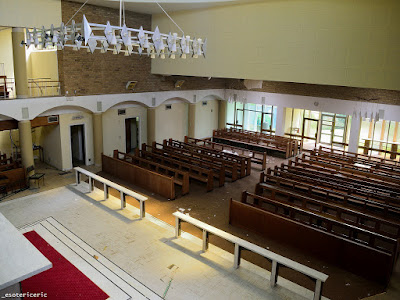 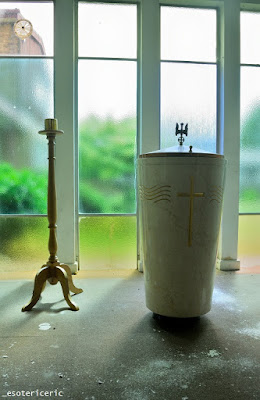 Several short culverted sections of the River Hipper underneath a retail park. 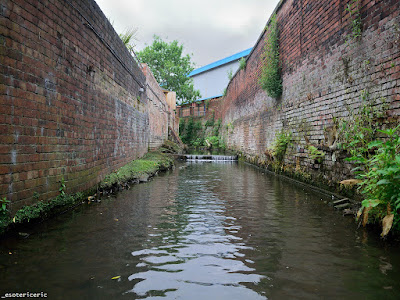 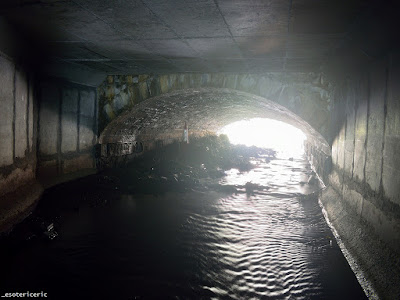 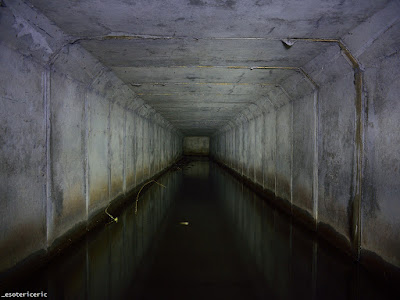 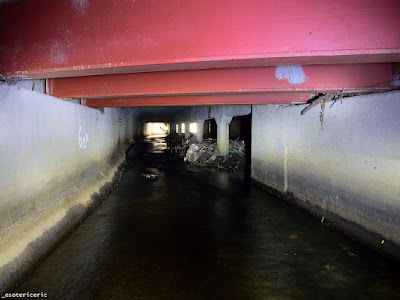 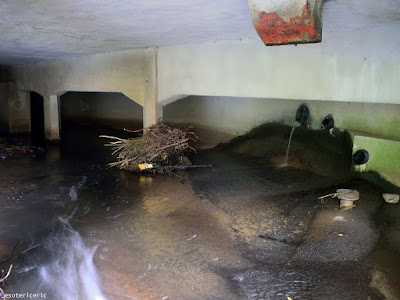 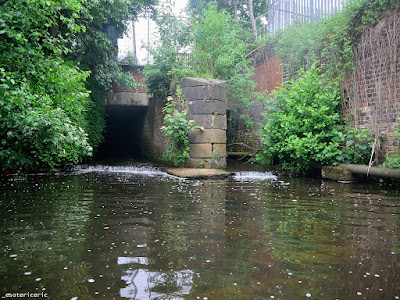 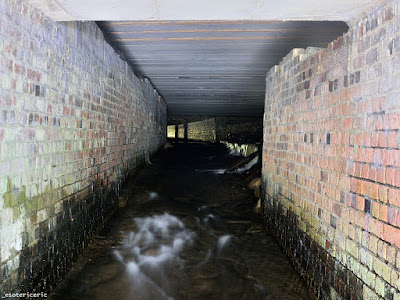 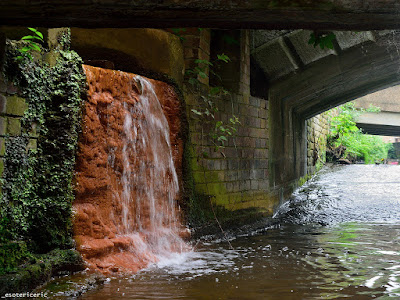