The Midland Railway's eight-mile route from Royston Junction to Thornhill was authorised under the 1898 West Riding Lines Act, which included lines to Huddersfield, Halifax and Bradford. First trafficked in 1905 after three years construction, it connected with the Lancashire & Yorkshire's network at Thornhill Junction and featured a short tunnel as well as two substantial viaducts. 1st March 1906 saw the opening of a two-mile spur to Savile Town Goods from a junction near Horbury Bridge. This would have served as Dewsbury's passenger station had the full plans come to fruition.
Intended principally for freight, the route was used by Bradford-St Pancras services for a 12-year period between the two world wars. The eastern end of the line closed in May 1968 but trains continued to use the western section until August, bringing materials to the M1 motorway which was then under construction. Track lifting took place the following year.
To the east of Crigglestone goods station, the line passed through a ridge courtesy of a curved 250-yard tunnel. This is lined throughout in blue engineering brick and numerous refuges are provided on both sides.
Since closure, the eastern approach cutting has been infilled and the concrete wall erected at the portal. The extant western entrance has a wonderful presence and, during winter months, can be glimsed by southbound traffic on the M1, just after Junction 39.
Inside, the tunnel is wet with mineral deposits adorning the walls.
Source:
http://www.forgottenrelics.co.uk/tunnels/gallery/crigglestone.html
Esoteric Eric 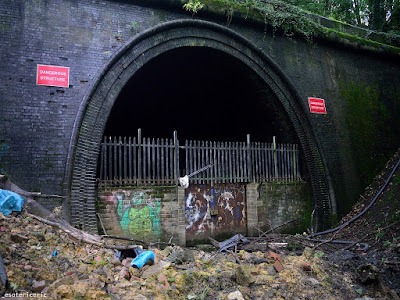 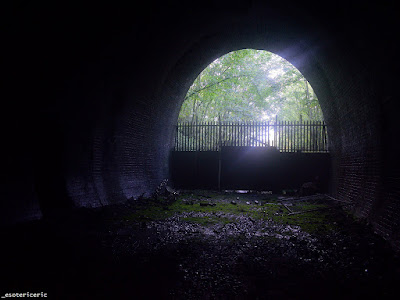 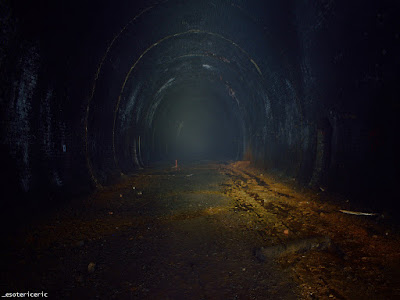 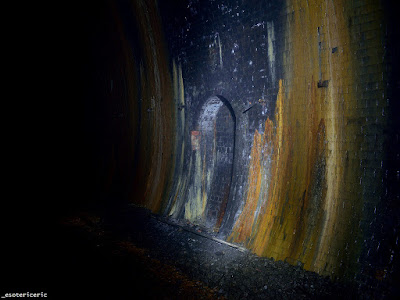 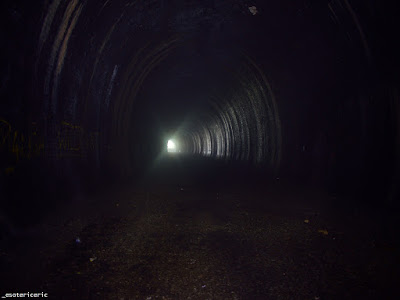 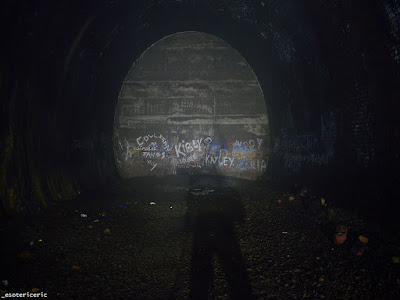