Chesterfield tunnel was situated just south of the old Chesterfield Central Station. The Manchester Sheffield & Lincolnshire Railway (MS&LR) arrived in Chesterfield in June 1892 with the Central Station on the so-called 'Chesterfield loop'; an extension of north-south Great Central Railway line between Nottingham and Sheffield route that by-passed Staveley. On departing Chesterfield Central towards Nottingham the line passed immediately through a straight tunnel of 474 yards in length which then emerged from under Hollis Lane. Towards the tunnel's southern end there was a single full-width ventilation shaft.
Although passenger services were suspended in June 1963, the tunnel continued to serve Hydes Siding until January 1964. However, the tunnel's northern portal and 25 yards of brickwork were cut back to accommodate Chesterfield's new Inner Relief Road in 1984. A nice side-story, however, saw the original date stone from northern portal removed and finally given a new home in the abutment wall at Hollingwood Lock, in August 2011, having been earlier removed in back in 1984 and left in a secret location until then.
Meanwhile, at the south end, the 85-yard section from the shaft to the portal was also lost, with an access ramp constructed for inspection and maintenance purposes. Today, the southern end remains open, with concrete retaining walls either side. The tunnel has suffered without effective drainage and is prone to flooding, which has reached several feet on occasions.
Source:
https://www.derelictplaces.co.uk/main/underground-sites/36715-chesterfield-tunnel-derbyshire-november-2018-a.html
Esoteric Eric 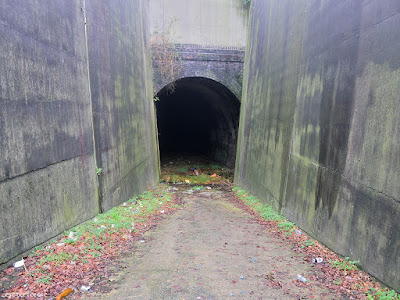 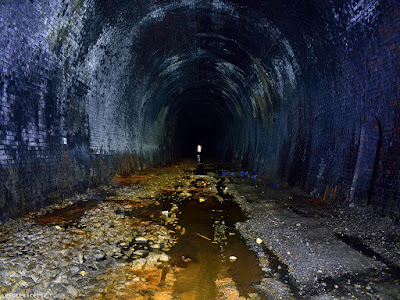 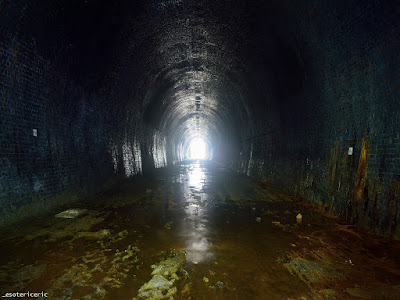 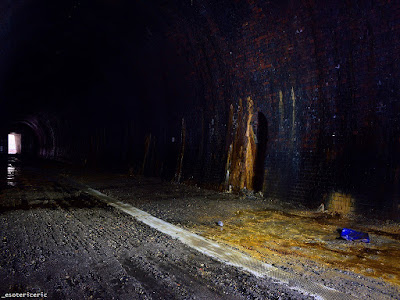 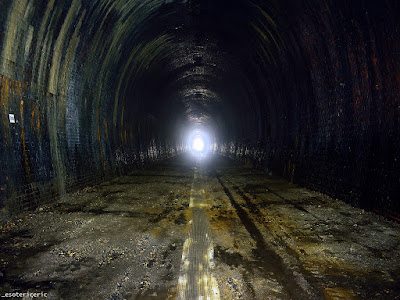 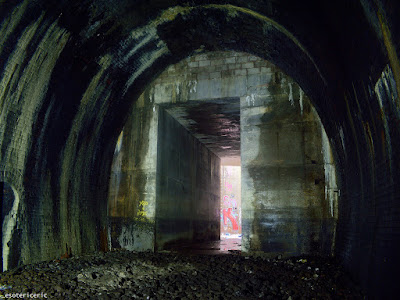 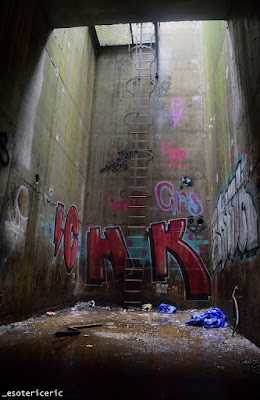