One from last month recently released for public consumption.


The Methodist Central Hall, 196-224 Corporation Street, Birmingham, England, is a three storey red brick and terracotta Grade II* listed building with a distinctive tower at the northern end of Corporation Street, opposite the Victoria Law Courts. It is located within the Steelhouse Conservation Area.
The terracotta was manufactured by the renowned firm of Gibbs and Canning Limited of Tamworth, which also produced decorative works for 179-203 Corporation Street and the interior of the Victoria Law Courts in Birmingham and the Natural History Museum in London. Its main hall seats 2,000 and it has over thirty other rooms including three school halls. It cost £96,165.
The street level has twelve bays of shops (four with their original fronts). The building also runs along Ryder Street and has more original shop fronts. It was built 1903-4 by architects Ewan Harper & James A. Harper.
Security at the hall, especially the tower, has been increased after an intoxicated man went to the top of the tower and jumped off subsequently being killed on impact.
In 1991, the Methodist Church was converted into a nightclub; however, since its closure in 2002, the building has remained empty and fallen into disrepair.
The building has been the subject of proposals to be converted into an office building. The first of such was submitted in 2001, only to be withdrawn. Planning applications to convert the building into apartments have also been rejected by Birmingham City Council on the basis that original internal features would be destroyed. However, the council has since given planning consent to a proposal to convert the building into apartments. It is to be referred to the Local Government Office.
The hall was re-opened on 14 September 2007 as the 'Que club', which has since closed.
Source:
https://en.wikipedia.org/wiki/Methodist_Central_Hall,_Birmingham
Esoteric Eric 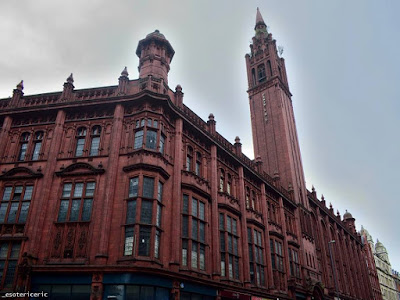 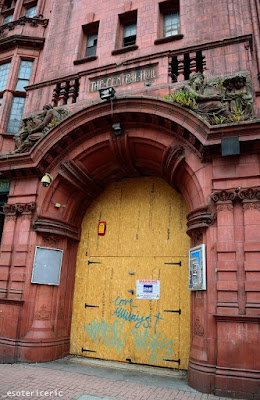 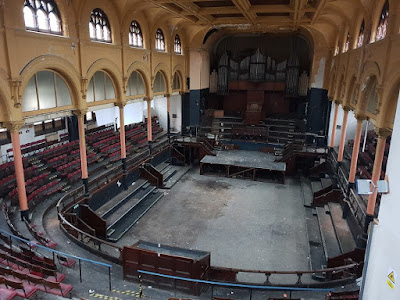 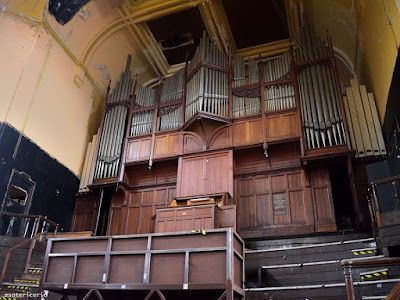 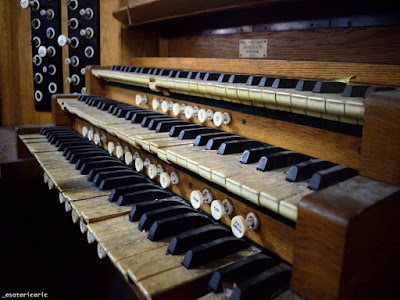 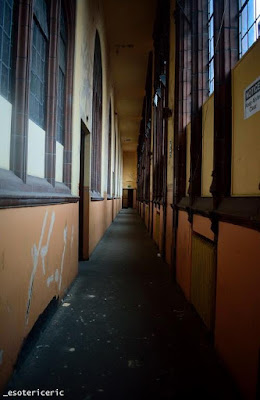 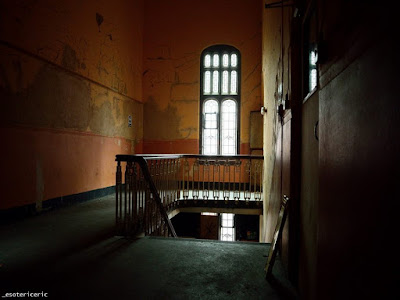 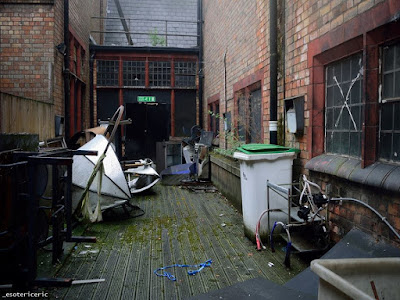 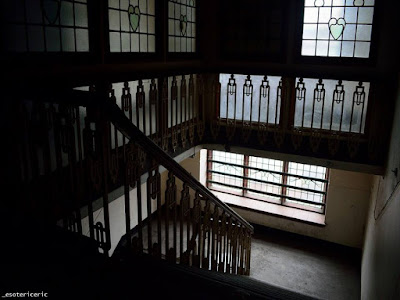 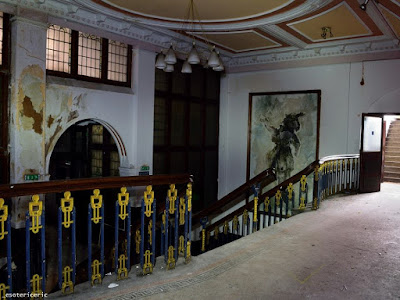 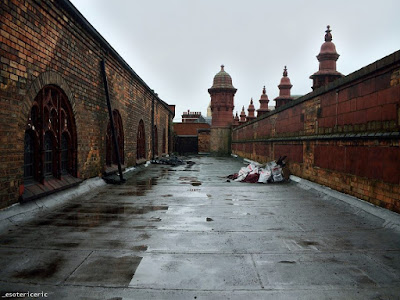 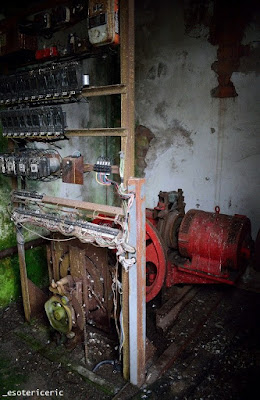 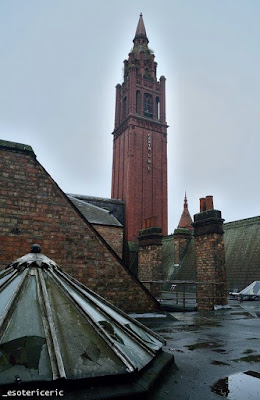 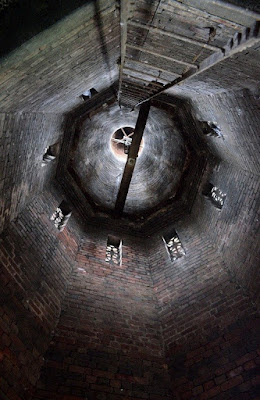 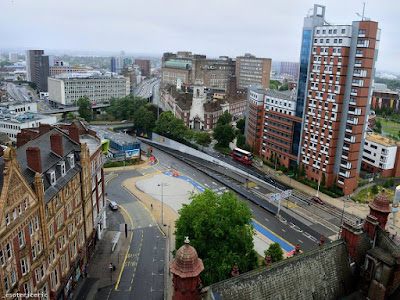