Haut Fourneau 4, commonly known as just HF4 was part of the Cockerill-Sambre steel works, a vast industrial site in Belgium. Steel has been produced at the site since the early 1800’s. The blast furnace was used for smelting iron ore, and was the major technique used for the production of steel at the time. The iron and steel produced at HF4 was mainly used for car production, an industry that almost collapsed in 2008. Production at the steel works was halted and the plant placed on standby. The facility was sold to another company, however production was never restarted and in 2012 the site was closed down after a failed merger.

The Compressor House, or Turbo Blower House is an integral part of the HF4 Blast Furnace site in Belgium. The production of iron requires a constant supply of air to be blown through the blast furnace as high pressure – hence the name “blast” furnace. The process of compressing the air works just like a power station in reverse. Rather than high pressure gasses (usually steam) driving the turbines, which in turn drive an alternator in a power station, almost exactly the same equipment is used the other way around. The electricity powers the motor, which in turns drive the blades in the compressor to compress the air. The power and steam was provided from a near-by power station at Monceau-sur-Sambre (often called Power Plant IM) via a huge cable-run and pipeline connecting the two sites. A stand-by diesel generator is also housed in the turbine hall. 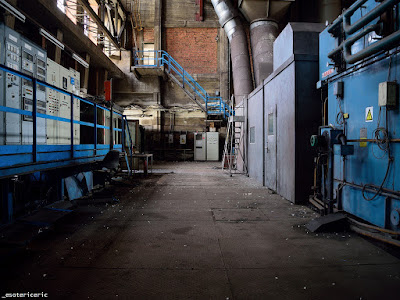 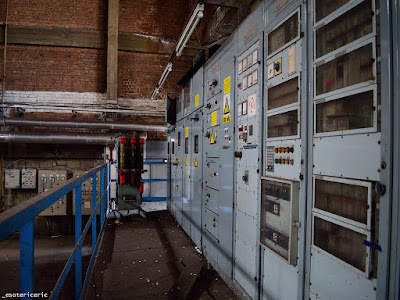 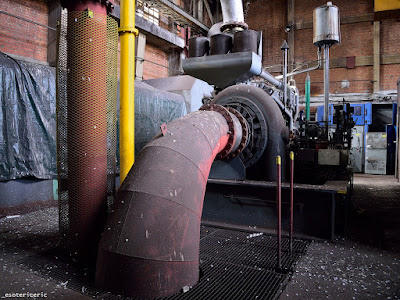 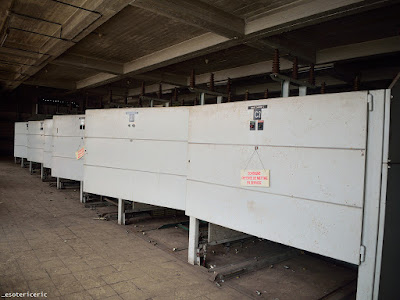 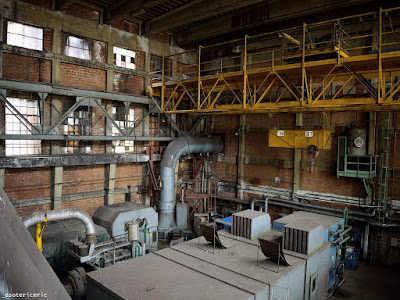 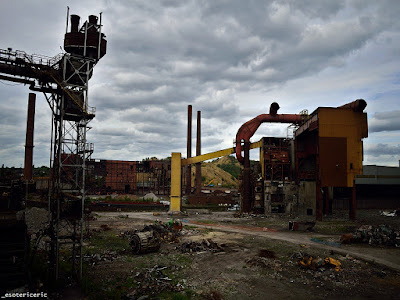 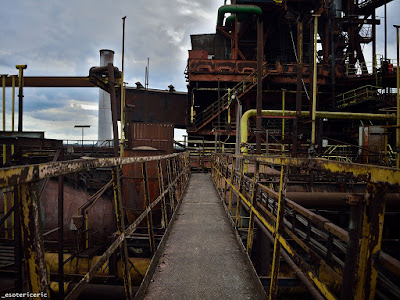 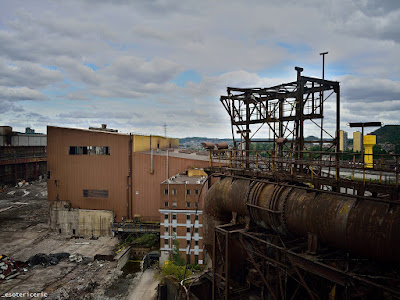 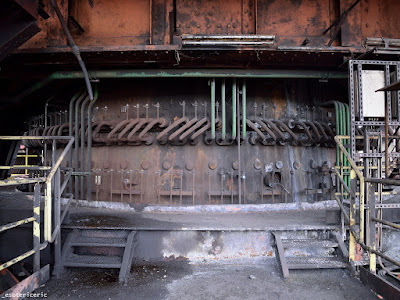 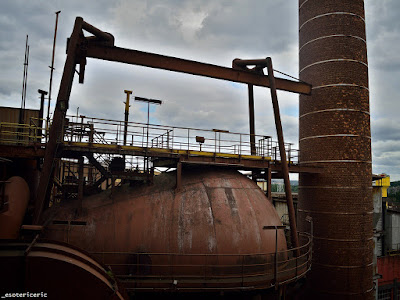 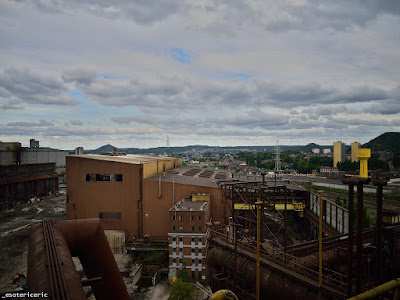 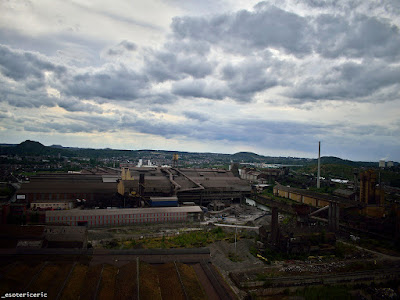