The domain originated in the 1920s around a few lakes. The lakes had formed in the wells left behind by excavation works for the construction of the nearby freight line. In 1937 it was decided to completely redesign the domain and place it with the newly established Ministry of Health.

In 1939 the domain reopened its doors, now with a 750 meter long beach with associated beach building, a boathouse with jetty and an outdoor swimming pool with changing rooms and a cafeteria.
The bath and the surrounding buildings were designed by Charles Van Nueten in a sleek and functional modernist style. It was 100 meters by 50 and filled with 7,500 m³ of water. For a long time it was one of the largest open-air baths in Europe.

In 1955 the swimming pool was given a purification installation and a new entrance was added. When the complex no longer met hygienic standards in 1978, 39 years after opening, it closed its doors.

Although the rest of the Bloso domain has always been in use, the swimming complex has been dwindling since its closure. The hard stone edge of the bath was almost completely stolen over the years and the buildings suffered heavily from damp and vandalism. The swimming pool and the surrounding buildings were protected as a monument in 2001 and will be included in the development plan for the Sport Vlaanderen centre. 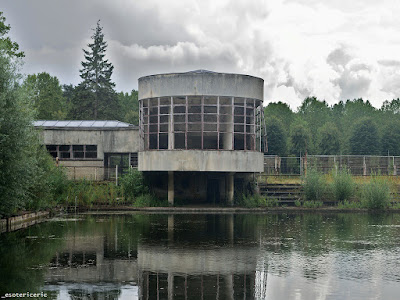 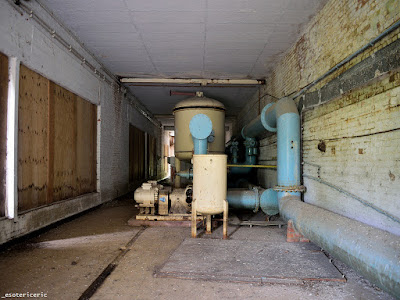 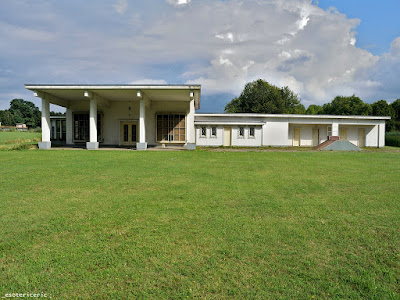